Just a brief update following on from yesterday’s storm. Yesterday over the course of 24 hours we received in excess of 50mm of rain, which at its worst fell at a rate of 55mm/hour for a period of 20 minutes. In the past this would have decimated our bunkers, filling them with water which would need to be pumped out after which we would have to wait days for them to dry out sufficiently for us to then be able to start the extremely labour-intensive task to make them playable. Some years this had been known to take place anywhere from 15-20 times during a season. 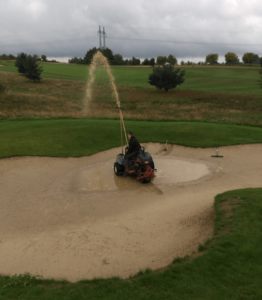 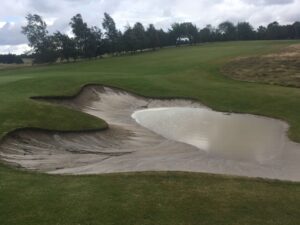 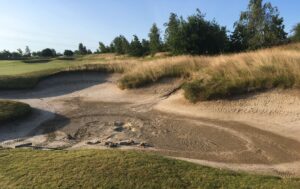 However following on from last years 2020 Remodel Project were the bunkers were designed and shaped to stop the water running directly into the bunkers, renovated with the installation of the Capillary Concrete™ porous liner along with the Durabunker™ edge/barrier today we were met with a completely different picture, the results of which are absolutely incredible, not one single bunker was holding water and minimal damage was caused by water flowing into the bunkers. A quick course tour by my team and the bunkers were once more perfectly playable. 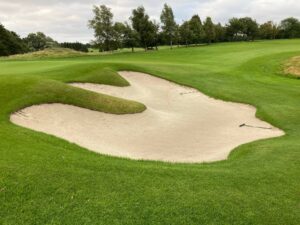 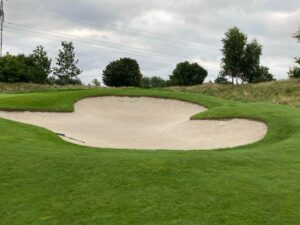 Besides this there was no standing water anywhere else on the course and after some drying hours we were able to mow fairways and semi-rough areas on A-Loop. Tomorrow, due to the forecast, I anticipate we will be able to mow all greens and the remaining fairways.