Today marks the start of the official golfing season for 2022. Throughout the winter the course has been in the best condition it possibly can be, there are a number of factors that have made this possible:

1. Through this winter there has been considerably less play than the previous year, mainly as the additional play due the pandemic has greatly reduced.

2. This winter we did not receive 7 weeks of snow cover which reduced the risk of snow mould considerably.

3. During the 2021 season we carried out 3 core aerations to optimise the level of thatch in the greens.

4. We also purchased the VGR sand injector and inserted 3m³ of sand directly into each green. This considerably helps aid the health of the greens.

5. From August last year I have been trialling and adjusting rates of bio products which also harden the plant to protect it from snow mould attacks and winter injury.

6. Also by setting up the winter course and moving wear traffic to the tees that are not predominantly used through the growing season this has also helped keep the course in the best possible condition. 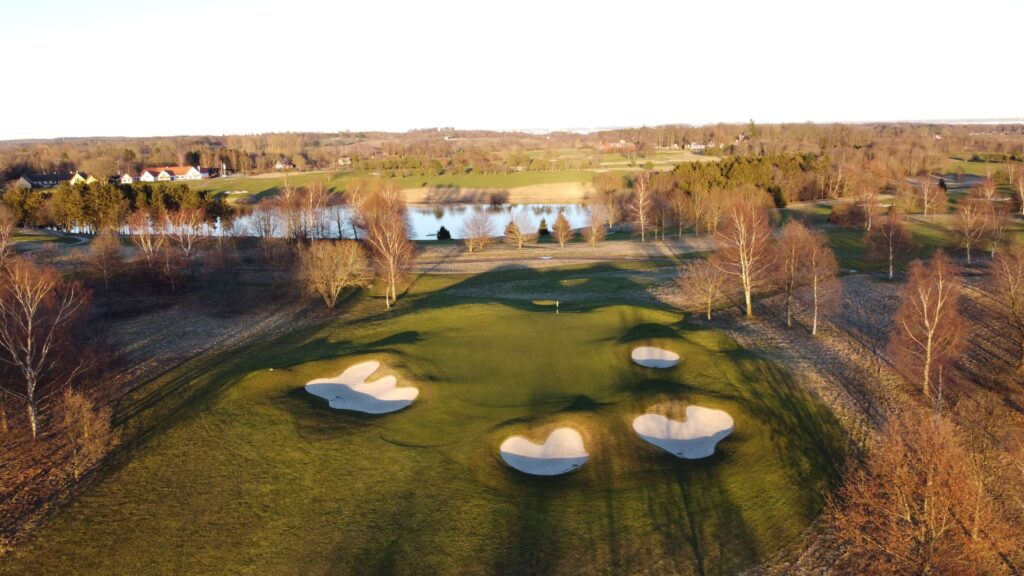 Once more this year is setting new records, last month was the wettest February since records began followed by March being one of the sunniest and driest, here we have only recorded 0.2mm of rain for the month.

Moving forward I predict April to follow the pattern of previous years where cold night temperatures will hold back the active growing season and result in frost delays, therefore we must all remain patient. I would anticipate that that trolley ban will remain in place until at least week 16 although this will be constantly reviewed as I do sincerely appreciate that many members require a trolley to play.

In week 11 we had a shaper onsite from Nelson & Vecchio to work with members of my team to reconstruct the chipping bunker to its original shape from 4 years of consistent use causing sand splash on the face. The turf used to repair the bunker was taken from the nursery we built as part of the 2020 project. Some 300m² of ryegrass and 70m² of bent grass was removed from the nursery, this will now be reseeded and grown in again. 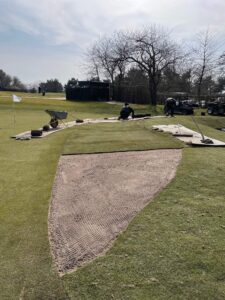 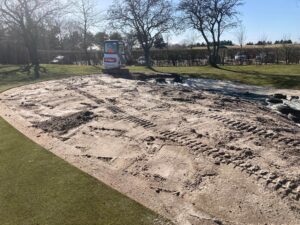 We look forward to welcoming our new and existing members back to the course for the season ahead.