From Adalena Bundaard – participant at the EM Senior Ladies Championship. 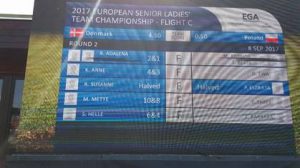 “Slovakia EM 2017; The team had get ahead of Iceland. This meant that after the initial rounds, the Danish girls were unfortunately in 16th place when the EGA chose to divide the countries into 8, 7 and 3 teams, rather than 8, 8 and 2 teams. Therefore, Denmark was unfortunately placed in flight C. The girls were obviously disappointed, and were struggling but won the match against Poland and Slovenia.

It was an experience and educational week and the team went through a lot of emotions. The final was won by France and England got silver ” 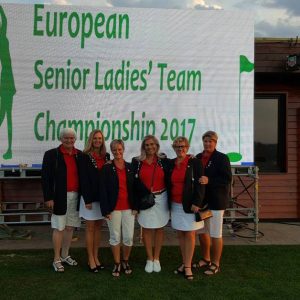